At NalandaWay, method, magic, madness and motivation come together like the colours on a blank canvas. Like the pieces of a puzzle finding a way to fit along, our dynamic bunch of self-starters and soul-stirrers embrace their skills and humanness with uncanny delight and determination. Each one of us has made a difference to the way we ask the question, “How do we set an example for the world out there?” Unanimously, we’ve spoken to say, “By doing it together, by doing it for ourselves!”

Trust us when we say, there are no coincidences here – just a team that truly belongs together, through the rough rides and the fun finds. 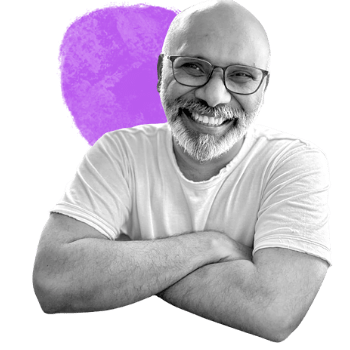 Sriram is a writer, storyteller and social entrepreneur. He is the founder of NalandaWay. Named by the Outlook Business magazine as one of the top 50 social entrepreneurs in India, he has received numerous awards, including the World Bank’s Development Marketplace award, the“Architect of the future” by Waldzell Institute, Vienna, the Millennium Award by FICCI/USAID, and the “Friend of Singapore – Gotong Royong Award” by Singapore International Foundation which he received from the President of Singapore, Halimah Yacob. He is a “Key Partner” to the Singapore International Foundation for the global “Arts for Good Fellowship” which brings in writers, artists, educators, and arts managers to collaborate on social good projects. Sriram is an Ashoka Fellow, Member of the Delhi Government’s Education Reform Committee, Member of The Global Collective at UNESCO MGIEP, Member of the Sub-committee for Education & Employment at CII and Member of the Advisory Committee of the Dakshinachitra Museum in Chennai. 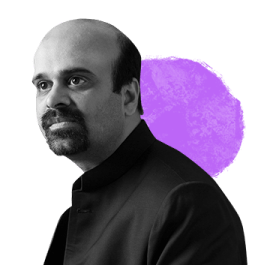 Anil Srinivasan is an Indian pianist. Born in Chennai, India and educated at the University of Southern California and at Columbia University, New York, he is well known for his collaborative work with Western and Indian Classical musicians and singer. Equally known is his pioneering work in music education in South India. His one of most unique artistic voices to emerge from India. As a pianist who is forging a blended style of his own, he is at the forefront of a revolution in arts education as well. Rhapsody, the education mission he founded, reaches thousands of children across all demographics. His music reflects a blend of Western classical and Indian classical influences. His interpretations of popular music and jazz have also won him a dedicated following. As a changemaker, he is an Aspen Global Leader and involved in various community initiatives. As a columnist, he has carved a niche for himself as a man who connects music to some of the most important questions we face in the world today. He has received multiple awards 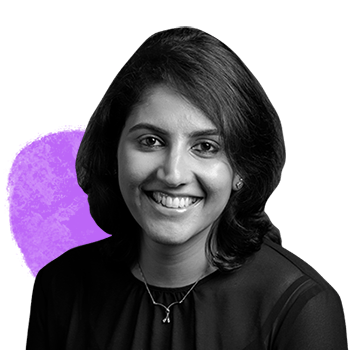 A brand and marketing professional for 16 years. She’s helmed global marketing at Ola, growth and revenue at Furlenco and Unilever across categories. An MBA from SP Jain, Mumbai. But a Chennai (Madras, she calls it) girl at heart from Stella Maris College and Good Shepherd Convent. Loves singing, running, mommying, storytelling and the outdoors. Is part of NalandaWay because of her love for music and she wants to storytell for us 🙂 A closet book and screenplay writer, and releases music videos once in a while. 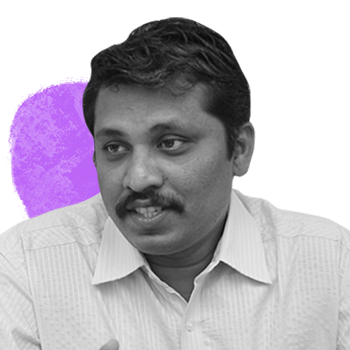 Kathir has been working in the field of human rights for over 23 years. As a Dalit himself, he has been witnessing and experiencing caste-based discrimination since his childhood years. This triggered his determination to fight against the caste system and caste-based atrocities committed against Dalits. He started his career as a writer, addressing the experiences of the socially marginalized, but later shifted to a career in rights based interventions and human rights monitoring .His experiences and commitment to Dalit rights eventually led him to initiate Evidence in 2005, an independent organization fighting against caste discrimination and for social justice and equality for Dalit and Tribal people in the state of Tamil Nadu and the Union Territory of Puducherry( Pondicherry) 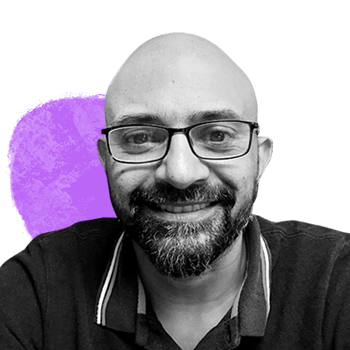 Naveen spent many years with startups in India and the US before becoming interested in education in India. What he initially started as learning experiments in schools 15 years ago, has now become a habit of innovation in education redesign. He is passionate about getting schools to meet the global capacity challenge using emerging innovations and dynamic solutions. Over the past 15 years, Naveen has put together some transformative products and services that create engaging learning opportunities in class rooms all across the world. He currently serves as Managing Trustee of India’s first Ashoka Changemaker school, Headstart Learning Centre, and is the co Founder of 6 different education and child development initiatives.He loves sports, music, and art. He is often seen court-side at Headstart encouraging kids in a game of Basketball or Football 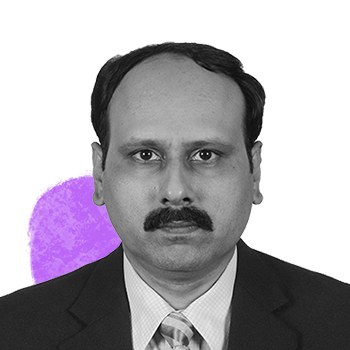 Patrick works for Ibhar Technologies, Chennai, India as the Head of Research & Development and holds a Masters in Science from IIT, Chennai. He has been involved in new technology research and product architecture design at Ibhar since 1996. Patrick is the co-founder of NalandaWay Foundation and heads the technology initiatives of the Trust. 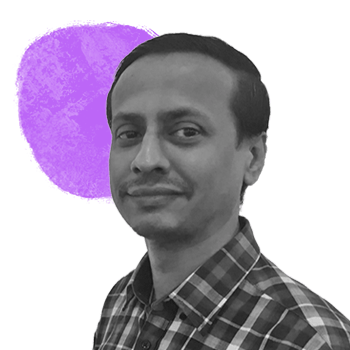 Raj is our Wikipedia and Google Search put together, for any information or direction that we need as an Organization. Clarity in his thinking and speech makes him the ‘go-to’ person for any solution that any of us at NalandaWay are looking for. His decades of experience in the IT industry and the training programs that he has been conceptualizing and delivering, adds that unique dimension to the work that we do at NalandaWay. His love for Carnatic music, heritage walks and history tours is quite legendary. 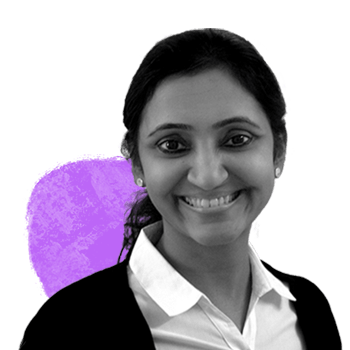 Ramya is a Marketing Communications Professional with over eleven years experience in India and the US. She has a Masters degree in Communications from Portland State University, Oregon, USA. She is currently a Project Director at Inception Business Services, a marketing consulting firm in Chennai, where she leads some of their key client relationships. Previously, Ramya led the Resource Mobilization efforts at NalandaWay Foundation for over three years. An ardent lover of the performing arts, she also co-founded Hamsaa, an arts organisation that is committed to create more appreciation for the Performing Arts. Ramya strongly believes that active participation in, and appreciation of the Arts can bring about positive changes in communities. 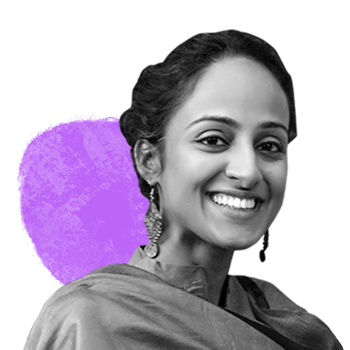 Equipped with years of experience in the social sector research and project management in the areas of livelihood generation, child rights and education, human rights, and social exclusion, and, a Masters’ degree in Human Development and Childhood Studies, Sameen is the soft-spoken but clear-headed Head of the NalandaWay Delhi Team. She is a nature and music enthusiast, likes sketching and practising calligraphy, and is learning to play the piano. Her talents surprise us all, as she unveils them one by one. 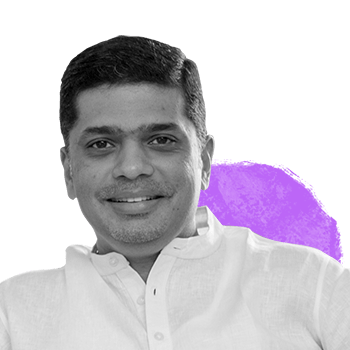 Shankar works in the Indian higher education ecosystem with an aspiration to enhance learner-centric approach, offer holistic inclusive education that empowers the youth of India, with high quality infrastructure, research and innovation and international collaboration. He is the President of Kumaraguru Institutions, an educational group in Coimbatore with over 7000 students and works with the vision to empower the youth. He is also the President of Suddha Sanmarga Nilayam Institutions in Tamilnadu with over 5000 students, dedicated to enhancing the lives of students from very humble backgrounds. Shankar works with the youth of India to empower them to build a greater nation. As a National Chairman of CII’s Young Indians in 2011-2012, Shankar played a key role in various national projects of CII, India @75 and YI. He founded the Coimbatore Innovation and Business Incubator and the Forge Accelerator, with an aim to enhance and support the innovation and entrepreneurial ecosystem. He has also established The Vanavarayar Foundation to protect, preserve, portray the heritage of the land and the agrarian community 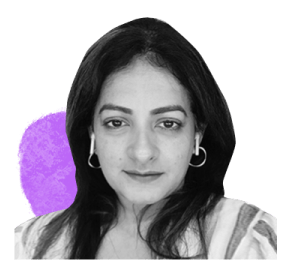 Tanya Dutt is a second generation entrepreneur at Kromatiks & Insulants Pvt Ltd manufacturing and exporting. It is Epoxies in Pigment dispersions for Fiberglass, Expoxies and Polyurethanes. She is the Co Founder of AtmaNirbhar a non profit NGO that focuses on creating employment solutions for people with mental health issues and is the Vice President of AASHA – a caregiver organisation that runs a 30 bedded residential rehabilitation home for individuals with mental illness in Chennai.